16 Things Parents Of Children With Trichotillomania Need To Know 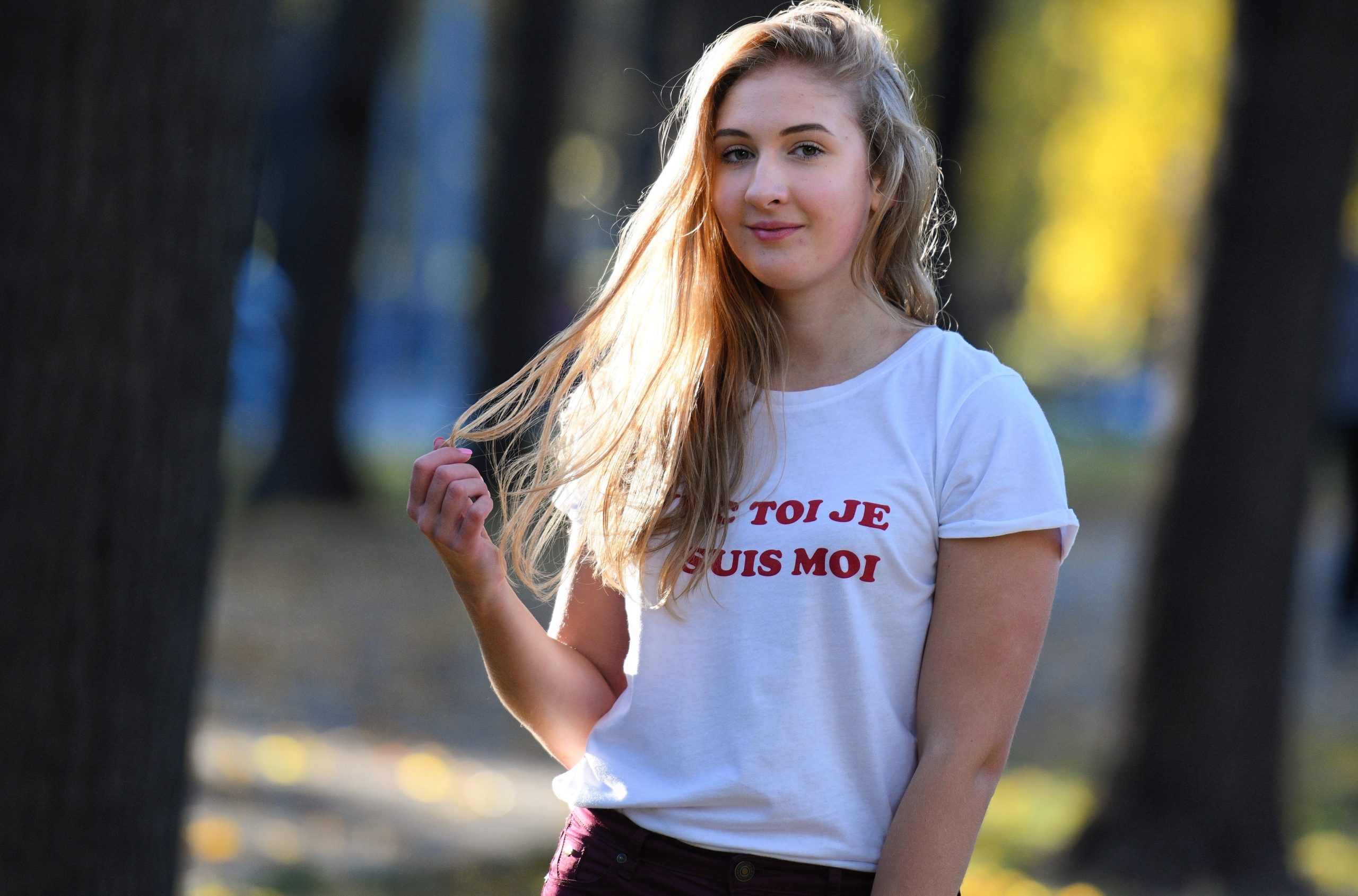 Does your child pull out his/her hair? Although it’s quite common for very young children (under 7 years old) to pull their hair, this usually stops naturally and is nothing to worry about.

However if your son or daughter is slightly older, between 8 and 18, and has recently started pulling out their hair, eyelashes or eyebrows, this is very likely to be a medical condition called trichotillomania.

Your reaction to this, and what you do next, could determine whether they are able to quickly overcome it or whether they will battle with this condition for most of their future life.

It’s crucial that you take this responsibility seriously as a parent. You have the ability to make it worse for your child, or make it better.

You MUST take action, as fast as possible. And it’s crucial that you make your child feel loved and supported through this journey to overcome a legitimate medical condition.

1. Your child is not weird or unusual. Trichotillomania is a common condition – it’s estimated that around 2% of the population has it. It’s just not very well known because most people with this condition hide it well, and suffer in silence due to feelings of shame.

2. There IS treatment for it. It’s called Cognitive Behavioural Therapy (CBT) and Habit Reversal Training (HRT), and the success rate is high – particularly when caught early and when both CBT and HRT are done together.

3.  The urges to pull out certain hairs are very real and very physically compelling. Often the skin around the hair will feel like it’s burning or has something “stuck” inside it, and they will feel like they can only get relief by pulling out a specific hair root. Once an urge has started, it’s almost impossible to focus on anything else due to the intensity of the need for release.

4. Your child is very unlikely to simply grow out of this condition. It is a medical condition that needs help to overcome it – almost always in the form of Cognitive Behavioural Therapy (CBT) and Habit Reversal Training (HRT).

5. Many doctors are unfamiliar with this condition so are not always much help. Some doctors may try prescribing anti-anxiety medication, but many studies have determined that medication has no effect on trichotillomania so it is not usually advised. The best thing your doctor can do is to refer your child to a qualified cognitive behavioural therapist who specializes in habit reversal training.

What to do when you first notice

6. Your child will be feeling a LOT of shame and embarrassment about pulling his/her hair, because they won’t realize it’s a medical condition. They will be feeling alone, ashamed, and be desperate to hide it. It’s very important that you make them feel unconditionally loved throughout all this.

7. It’s likely that they will deny they are pulling their hair at first because they feel like you will judge them for pulling. It’s very important that you don’t get angry at them for denying it, or accuse them of lying, or make them feel attacked in any way.

9. Book a doctors appointment ASAP and request a referral to a Cognitive Behavioural Therapist who has experience in Habit Reversal Training. Keep in mind that there’s nothing much the doctor can do, the real work / treatment comes from the qualified therapist. Some people skip the doctor completely and go straight to a Cognitive Behavioural Therapist. Keep in mind that it shouldn’t be any regular therapist, it really must be a cognitive behavioural therapist as they are trained in these types of conditions. The earlier they start seeing an experienced professional for this, the more likely they’ll overcome this condition so speed is of the essence here.

10. Often children and young teenagers develop trichotillomania as a coping mechanism to some type of new anxiety in their life. Common triggers include things like moving schools, overhearing parents argue, feeling like their mom loves a younger brother or sister more than them, a fall-out with a friend, feeling like they are failing a school subject, etc. It’s usually difficult to pinpoint the underlying trigger, but if you notice the pulling within a few weeks of it starting then you might be able to identify what it is. If are you able to identify it, talk to your child about it – don’t mention the trichotillomania in this conversation, just have a loving conversation to encourage them to talk about their feelings around the situation you’ve identified as a potential trigger. Addressing the root cause and making them feel loved, safe and supported in whatever situation triggered the anxiety can be very powerful.

What not to do

11. Do NOT put your head in the sand and take no action. The faster your child starts Cognitive Behavioural Therapy and Habit Reversal Training, the more likely they will be able to overcome this condition. If you take no action, there is a high likelihood that they will have trichotillomania throughout their adult life.

12. Do NOT tell your child to “stop pulling”. That’s like someone telling you to stop sneezing when you have a cold. And it won’t work as it takes an enormous amount of willpower to avoid pulling when the physical sensation to pull starts. Think about that physical sensation just before you’re about to sneeze, that tension as your body gears itself up for sneezing… you NEED to sneeze to feel a release, holding it in is incredibility uncomfortable. This is the same physical sensation as needing to pull out a hair. If you’re a compulsive sneezer, the treatment isn’t to tell you to “stop sneezing”. It’s to fix the root of the problem so you don’t have the urge to sneeze.

13. Do NOT say to your child anything along the lines of “at least you’re only pulling from your head. Whatever you do, don’t pull out your eyelashes!”. This type of comment is extremely damaging and can make their trichotillomania much worse. It is likely to trigger pulling from this new area where they weren’t pulling from before. It’s not an intentional decision by your child; by making this comment you have now created a connection in their brain between pulling and a new hair type (eyelashes/eyebrows/etc). The urges are then likely to start appearing in this new area too, along with the old area.

14. Keep in mind that this is a “medical condition”. Most of the articles online are written in a way that is not helpful for overcoming trichotillomania. Stay away from the term “mental illness” when talking about it, and use the term “medical condition” instead. Using this term is a good way to reassure your child that it’s not their fault, there is no stigma behind it, and it’s something that they can overcome with the right course of treatment (which is usually cognitive behavioural therapy). You need to be very careful to use language when talking about this condition that doesn’t upset them or make them feel like they are at fault for pulling.

15. Whenever talking to your child about it, talk less about the actual pulling they are doing and more about their emotions and how they are feeling in general. This is a condition that needs to be addressed at a deeper level – the more they feel safe, secure, loved, happy, self confident, excited about life, the better they will be feeling and the less the urges to pull will arise.

16. Don’t forget, it’s surprising how common this condition is. Most people who have trichotillomania hide it well and never talk about it (which means they also never get the help they need to treat it), because there is so much shame involved. Make sure your child knows that it is common (it’s estimated that around 2% of the population has it) and they are not alone in this. With you supporting them, their own self belief that they can overcome this condition, and treating it early with cognitive behavioural therapy, the chances of overcoming trichotillomania are high.

We're not quite ready to officially launch yet, but we'll be accepting new members in early February 2020! Sign up and we'll send you an invite when we launch.

Thanks for signing up! You'll be the first to know when we're accepting new members.